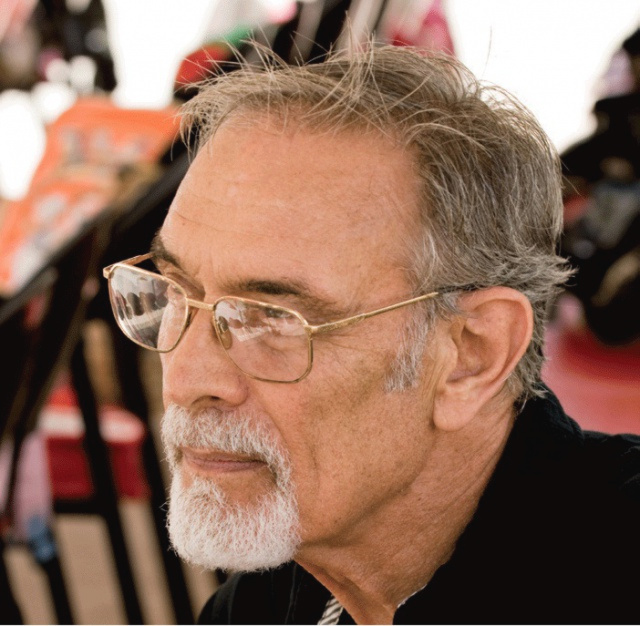 The project symbolizes their long friendship and is for both their first collaboration ever. It will combine Tom’s awarded style of the human body with Gerhard’s passion for the african wildlife. Gerhard and Tom will be finalising the sculpture together in the Seychelles. The final sculpture is planned to be available in a very limited edition made in bronze

Gerhard’s first collaboration with his friend and mentor Tom Bowers has finally become reality. The project will combine Tom’s awarded style of the human body with Gerhard’s passion for details and the african wildlife both being sculptured in a lifesize format. Gerhard and Tom will be finalising the sculpture together in the Seychelles. The final sculpture is planned to be available in a very limited edition.

“Seychelles provides me with all the inspiration I need.” say’s artist Tom Bowers, “Everywhere I look, there is something to fuel the creative imagination.”
Tom came to Seychelles from the UK in the early 1980`s and settled here with his family in 1986, leaving behind a long and successful career as a commercial photographer and director of TV commercials. His first move after settling on Mahe was to build a bench at which to pursue his new profession: Sculptor. Tom’s artistic ability, particularly his love of sculpture became apparent when he was very young, although the opportunity to study art formally did not arise until after he left school and taken his first job.
Working as a skinner for Rowland Ward, the taxidermist, Tom gained valuable knowledge of anatomy which inspired him to make wax sculptures with a wildlife theme. A friend recognised his talent and showed the waxes to a lecturer at the local art college. Impressed by the works, the lecturer invited Tom to take up a course in sculpture and graphics. Tom`s experience with photography during the course led to his enrolment at a U.K.School of Photography, the best in its field at the time.

For the next twenty-five years, Tom worked closely with leading UK advertising agencies on both national and international campaigns .Toms’ sculpting abilities were much in demand during this period, Tom works by making an original sculpture in a resin, which is then sent to an art foundry to be replicated in bronze. He specialises in very limited editions, usually between ten and fifty pieces. Providing a very personal service, Tom’s works are only available through his place of work, avoiding galleries, agents, exhibitions etc. Tom’s sculptures are included in many private collections world-wide, and there are several National Monuments which can be seen on Mahe Island. All the sculptures are inspired by the Islands of Seychelles, their nature and people, who could imagine a more beautiful subject?